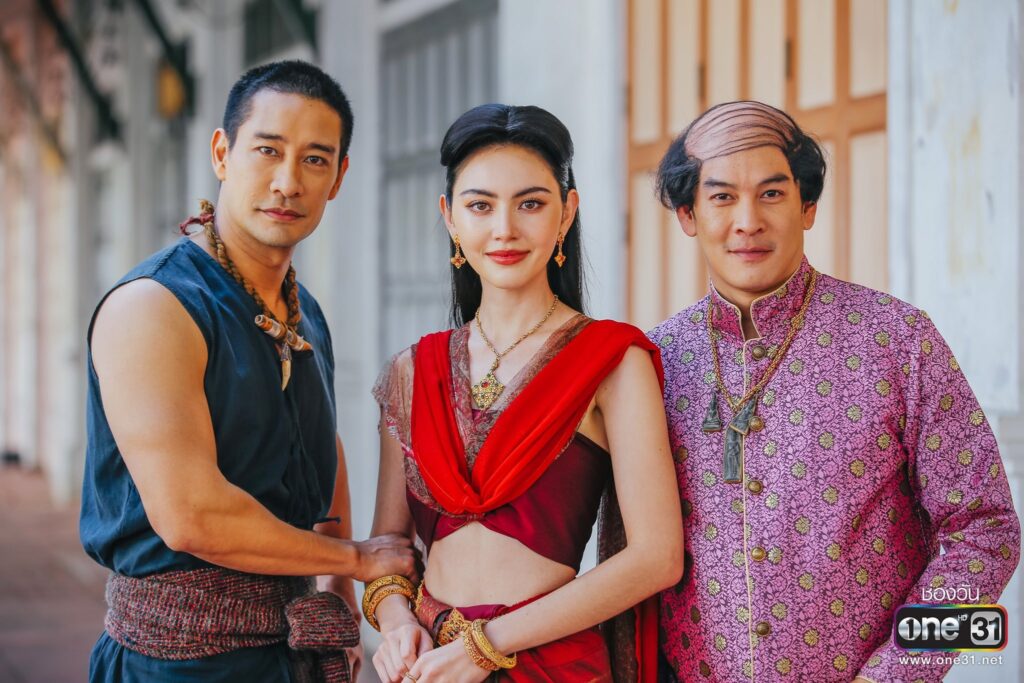 I’ve been searching for a streaming platform to watch Wanthong, a Thai drama that was aired in early 2021. Good news that the popular TV drama is now available to watch via Youtube on One31 channel and Lakorn Galaxy. There are a few popular and top Thai actors/actresses starring in this drama including Mai Davika, Pong Nawat Kulrattanarak, Chakrit Yamnarm, and the list goes on. I guess it’s still not too late to share this review about the drama.

Thai drama, which is also known as lakorn in Thai, is TV series aired during prime time. After revealing the best Netflix Thai TV Series, and started watching Wanthong, I realized that the drama is one of the best Thai dramas 2021 I’ve watched so far. According to a news website, the drama has gained the highest rating since it was aired on March 2021.

If you have been searching for a while on how to access and watch Wanthong online as I am from Malaysia, you have come to the right place to watch the drama in a legal way. I’m happy to know that Wanthong is available to watch (with English subtitles) for all selected countries including Malaysia on Youtube.

Recently I’ve been looking to watch the drama via iQiyi, Dim Sum Entertainment, Viu but seem no luck finding it until I came across Youtube. I had finished all the 16 episodes! Here is the summary of the Wanthong TV drama.

“Wanthong” was brought to trial after people condemned her for being in a love triangle and unable to choose between “Khun Paen” and “Khun Chang” as her husband. The king ordered her to choose but she refused to do so, then Wanthong began telling her story to the king.

17 years ago, Wanthong was in love with Khun Paen and they lived together. However, Khun Chang, who secretly loved Wanthong, duped her into believing that Khun Paen had been killed and took her as his own. When Khun Paen returned victoriously, he discovered that Wanthong had married Khun Chang and was furious.

Meanwhile, Wanthong was heartbroken when Khun Paen returned with another wife. Despite this, she forgave Khun Paen and desired to be with him again by enlisting the help of Khun Chang. Khun Chang was insane and locked her in a room. He then planned to get rid of Khun Paen, but Khun Paen became aware of his evil scheme and traveled to find a magical item to reclaim Wanthong.

Who would Wanthong choose in the end, between the man she loved but who wasn’t a one-girl kind of guy and the man who only loved her but treated her like an object?

The opening song of Wanthong is called ‘Song Jai’ and is sung by Da Endorphine, and is likely one of the most listened to and popular songs of 2021.

I won’t give too many spoilers, so I’ll just give a quick review of the TV drama. Wanthong is defined as one of the best Ayutthaya era TV dramas; since Love Destiny. There are a lot of dramatic climaxes and heart-touching scenes in some of the episodes.

If you’ve heard before about the legend of Khun Paen and the creator of the ghost child Gumanthong, this is the drama for you. Well, if you don’t know about the story, you can read more about the Khun Chang Khun Paen epic tale.

There are some mixes of the Thai folklore story, some parts which are taken from the folklore and some are intentionally created for the drama storyline.

The drama takes the audiences back to 200 years in the Ayutthaya era, telling the story about one of Khun Paen’s wives, Wanthong, who has to fight for her dignity while dealing with a difficult love life situation between two men, Khun Paen and Khun Chang.

My Personal Views on Wanthong Drama

I would say this drama is one of the best lakorn dramas with realistic acting by Mai Davika, Nawat Kulrattanarak, and Chakrit Yamnarm. When I first saw Chakrit acting in Sleepless Society: Bedtime Wishes on Netflix, I was already amazed at his acting skills.

Nawat Kulrattanarak plays an important role as Khun Paen and the husband of Wanthong. Other than being able to charm women, Khun Paen is an intelligent warrior, mature, and also the master of might and magic.

In Wanthong, Chakrit took the role of the rich and bald-headed Khun Chang character, and his facial expression, body language, and acting are top-notch in this series. Mai Davika’s acting abilities are full of emotions and it’s incredible. She never fails to make audiences like me feel so heartfelt for her. 😂

There are 16 episodes in this Thai drama series and each episode is running for 1 hour 30 minutes long. So sit back and enjoy the journey while staying safe at home.