This is my first roll of Ilford HP5 Plus black and white 35mm film stock, shot with my 1973 Yashica Electro 35 GTN rangefinder camera. I spent a long time finishing the film roll because I was shooting a few events and ended up finishing it by shooting some street photography during the long holidays.

Some of the photos are portraits shot during the Mss Yumiko boudoir photoshoot and the Initial D themed portrait shoots recently. To be honest, I was a little disappointed with the indoor shot on film stock, even though it was pushed one stop to ASA800; perhaps I needed the flash more.

My Yashica rangefinder’s built-in light meter is really tricky; I’ve been changing the aperture regularly, and some of my images are underexposed and too dark. I saw a Youtuber also encountered the same issue when shooting his motion picture film with his Yashica Electro 35 GT. I guess I’ll have to use the Yashica for travel or outdoor daylight shoots, and my point-and-shoot rangefinder camera for creative portraits indoors. Stay tuned as I revealed my upcoming 1994 luxury film camera. 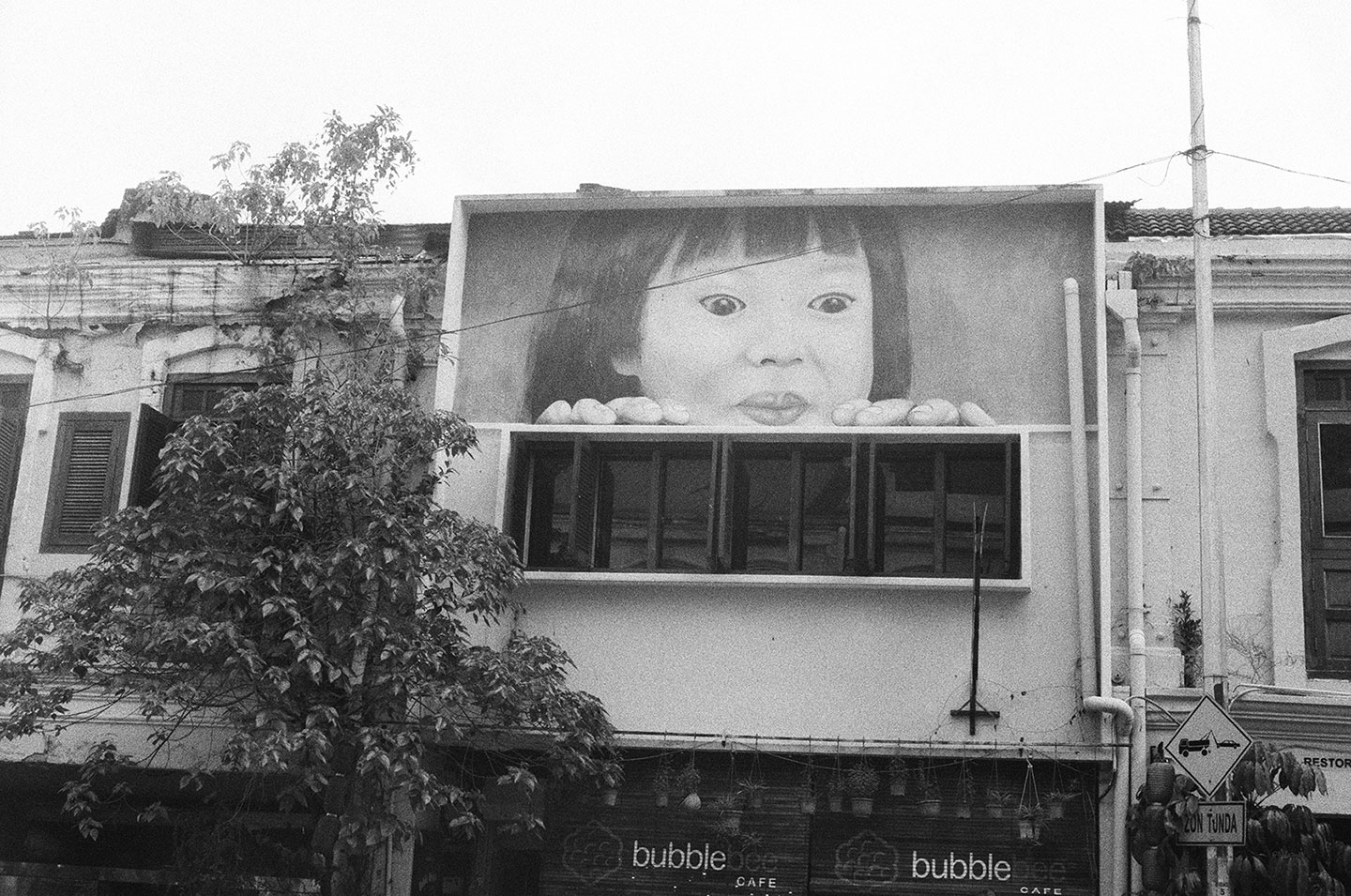 Story Behind – The Girl in Blue

I was having a solo photo walk in Chinatown last week when I spotted a stranger who was a female wearing a blue dress and a blue hat, most likely a local tourist. She was standing across the street, shooting photographs with her phone. I didn’t pay much attention at first, but I saw we were walking at the same speed, side by side, opposite the road. I, therefore, continued walking till I reached a traffic light crossroads in front of Chinatown’s main entrance and waited for the green light before crossing.

I noticed the same thing; the stranger was likewise waiting on the other side of the road. Once green light, as I didn’t pay much attention, the stranger went past next to me. We crossed each other at the green light, the stranger on the left and me on the right, without looking at each other, without making eye contact or returning our gaze. And as I passed by the stranger, I got this bizarre sensation that I had known this person before, but not in this lifetime.

Actually, nothing occurred. I just believed that the green light crossover scene would be best described with some motion picture blur effects similar to those seen in movies. But that unusual feeling… it’s realistic for me and difficult to express.

Apart from the underexposed images, I really like the grains on Ilford HP5 Plus and the dramatic look though. The film is sent to Darkroom8 Malaysia to be developed and scanned. I metered the Ilford HP5 Plus film at ASA800 and notified the film developer to push 1 stop at 800.

Darkroom8 is one of my favorite film processing lab in Kuala Lumpur which offer a good price. All of my color film stocks such as the Kodak Portra 400, Kodak Ultramax 400 and Kodak Color Plus are developed there. 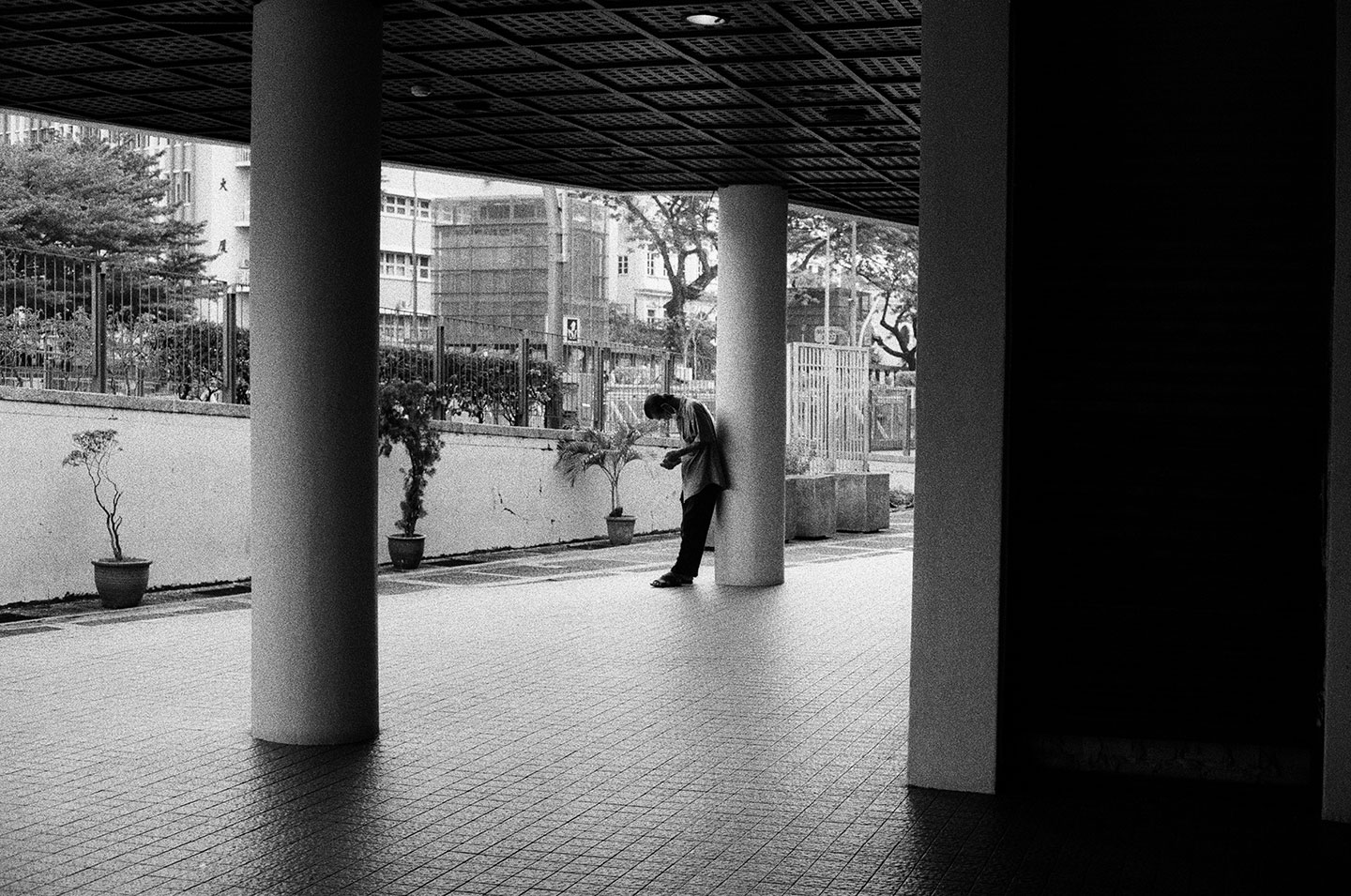 This is one of my favourite photographs from the Ilford HP5 Plus. This photograph was taken when it was about to rain as I was roaming around the city, attempting to avoid the crowds. When I arrived in this narrow alley, I discovered this man was holding his smartphone.

Without thinking about anything else, I carefully use manual focus, composed, and took that picture. It is dramatic, dark, and lonely, which fits the black and white tone. 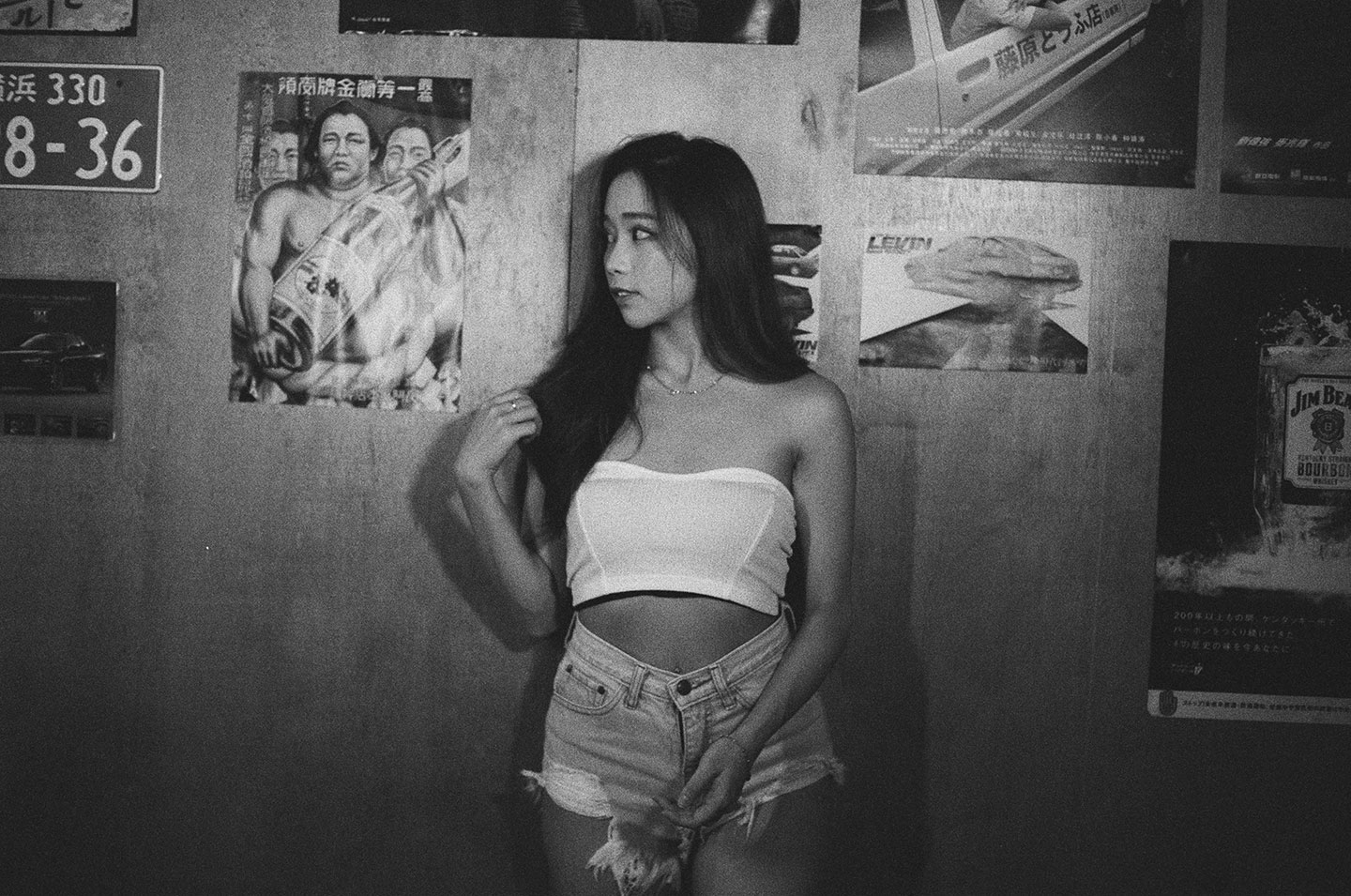 Despite having the digital version of the portrait photographs from the Initial D theme photoshoot, I prefer the images shot on the Ilford HP5 film since they are dark and dramatic. The image was captured with a side-mounted continuous light. I may have changed the aperture, so it appears underexposed in comparison to the second shot, which has good lighting.

Here are the rest of the shots from the same Ilford HP5 Plus 400 film roll.