Alien: Covenant Movie Was So Intense!

Alien: Covenant the first movie I watched since 2 months ago, where i skipped Fast & Furious 8 and some other good movies. Alien: Covenant is the sequel to Prometheus. A little spoilers ahead on this post if you haven’t watch it, stop here now.

I watched the new Alien movie with my colleague, featured in Dolby Atmos & D-Box at GSC 1U. I think Alien are worth watching in D-Box, I’m not sure about other movies in D-Box but for Alien: Covenant, it was quite INTENSE! Along with the D-BOX, it will drag you in and get you experience just like in the movie. My heart was pumping quite fast at certain scenes in the movie e.g when the 2 guys got infection from the spores, everyone are trying to get back to the ship. There the panic situation in the movie was heartfelt.

The first half of the film are quite boring though. It was like the movie some sort of dragging until the real action begin. The movie have some really good visual effects as well, if you have watched, remember the part where the robot David used his futuristic gun and shoot up in the air to chase away the alien? Fuh. I really love that cool scene, especially with the amazing LFE and sound effects.

It’s sad Elizabeth Shaw played by Noomi Rapace was dropped out from the movie. As the new female character Daniels (played by Katherine Waterston) acting skill was kind of like… Meh.

Sigourney Weaver still the best lead female in the Alien trilogy though.

As usual, this movie is R-rated / 18+, expect lots of blood and gore, of course with Alien burst out from the chest and back (actually it was shown in the trailer) and new scenes that you didn’t expect it to happen. Some other good scenes are when David confronted the Neomorphs and created his first Xenomorph. Remember not to bring children to watch this new Alien sci-fi horror movie.

Since I already have Prometheus Blu-ray and it was so good (Im sure I watched it for more than 10 times already), so I guess Alien: Covenant Blu-ray version is also worth added to the Blu-ray collection when it become available. I’m sure in the Alien Covenant Blu-ray will include some never-seen-before footages and deleted scenes that might as well explain how Shaw died in the movie. 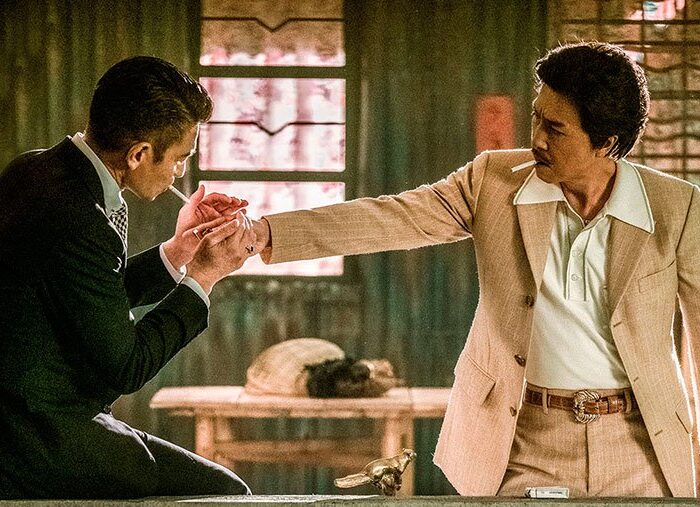 Top 10 Dolby Atmos Blu-ray Movies 2017
August 19, 2017
2021 © Copyright Ivan Cheam. All rights reserved.
We use cookies on our website to give you the most relevant experience by remembering your preferences and repeat visits. By clicking “Accept All”, you consent to the use of ALL the cookies.
Accept All
Manage consent