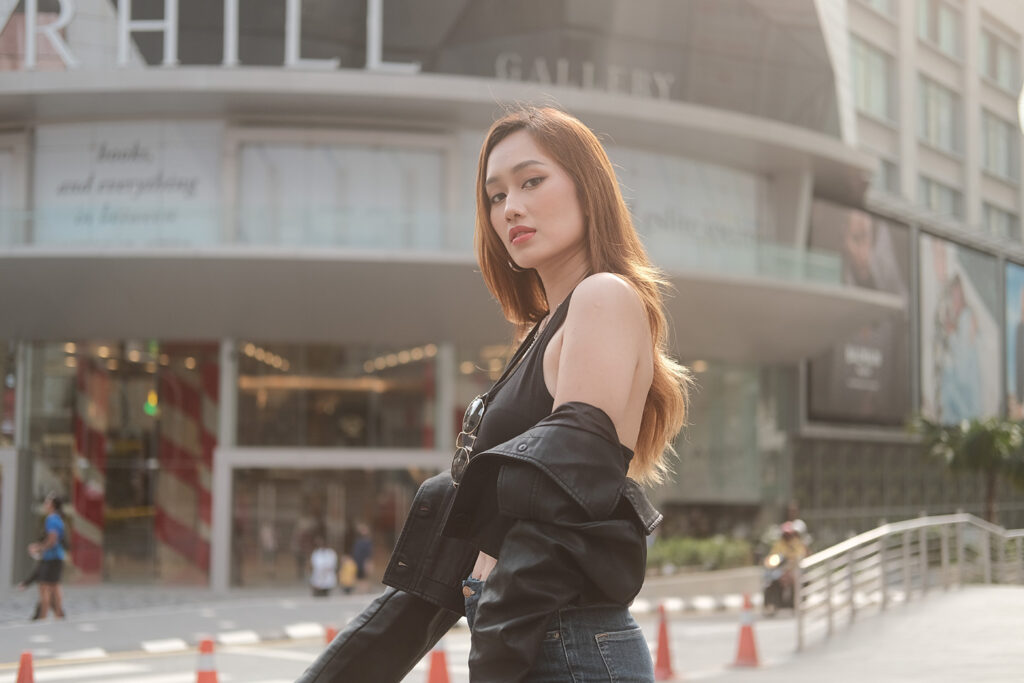 If you are looking for cinematic street portrait recipe custom film simulation settings for Fuji X-Trans IV cameras, you have come to the right page.

If you are a creative content creator and creative photographer, this custom Fujifilm X-Trans IV portrait recipe is great for street portraits, street fashion shoots and creative outdoor portraits.

What is Downtown Bloom Film Simulation Recipe all About?

Let me explain a little about this Downtown Bloom custom simulation as you need certain ‘camera gear’ to achieve the cinematic bloom effect which I will explain below. Downtown Bloom recipe is the latest addition to the X-Trans IV film simulation recipes I’ve created.

For this recipe, I am using Classic Chrome as the base film simulation (one of the best portrait film simulations, IMHO) combined with color and shadow adjustment, which creates a golden brown tone for your SOOC images. I turned off the Grain Effect and Sharpening remain default at 0.

It is very suitable for street fashion shoots in the city with skyscraper buildings or shopping districts. Also by increasing the color and shadow, it will create a high contrast to your images.

Use the Exposure Compensation to control the exposure, adjust according to your mood, whether you want your images to look brighter or more contrast and shadow.

Here are a few SOOC images I’ve shot during my street fashion photoshoot in Bukit Bintang, a popular shopping district in Kuala Lumpur. All the images are straight out of the camera, which made it easier for me to quickly share with my talent online or on social media. 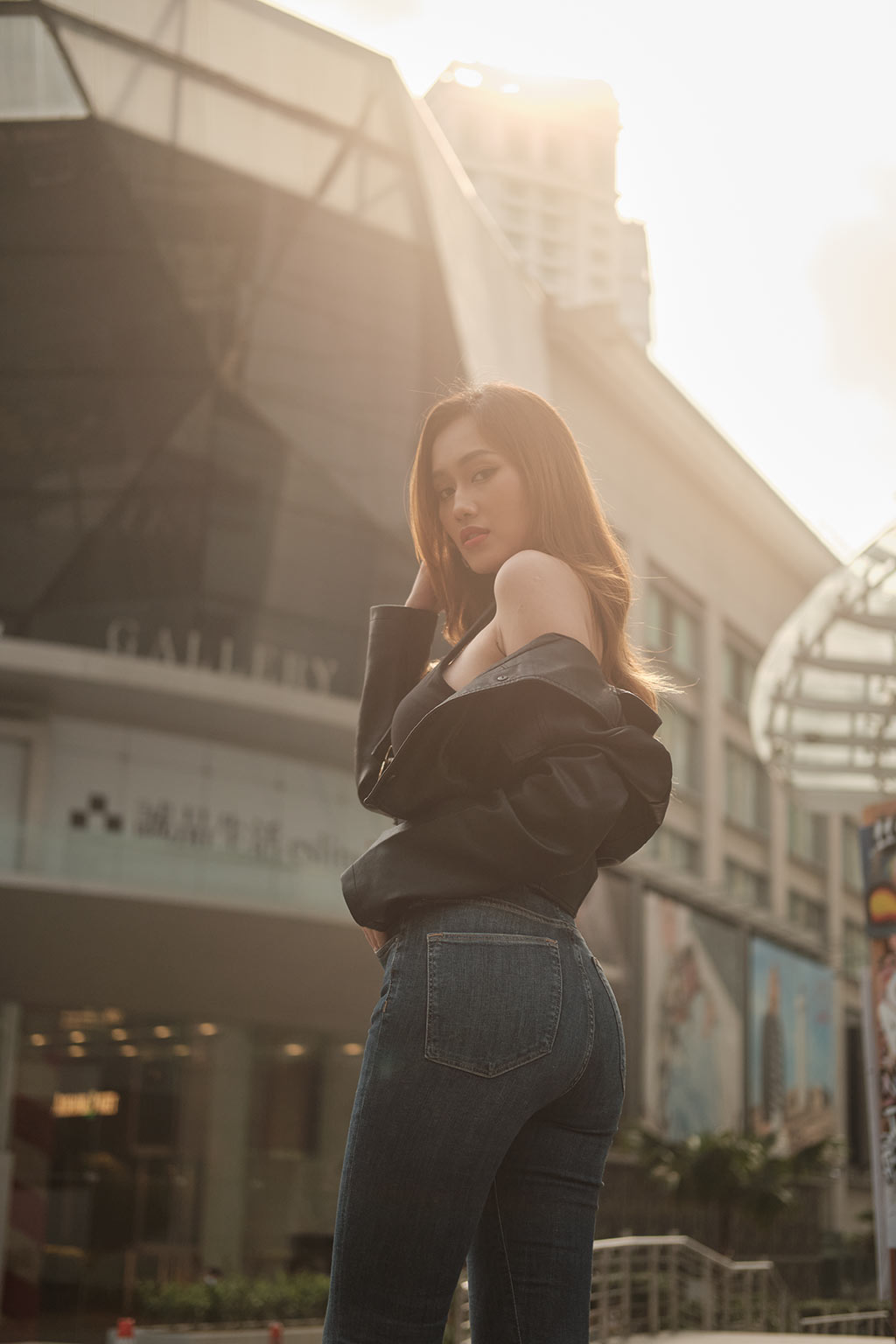 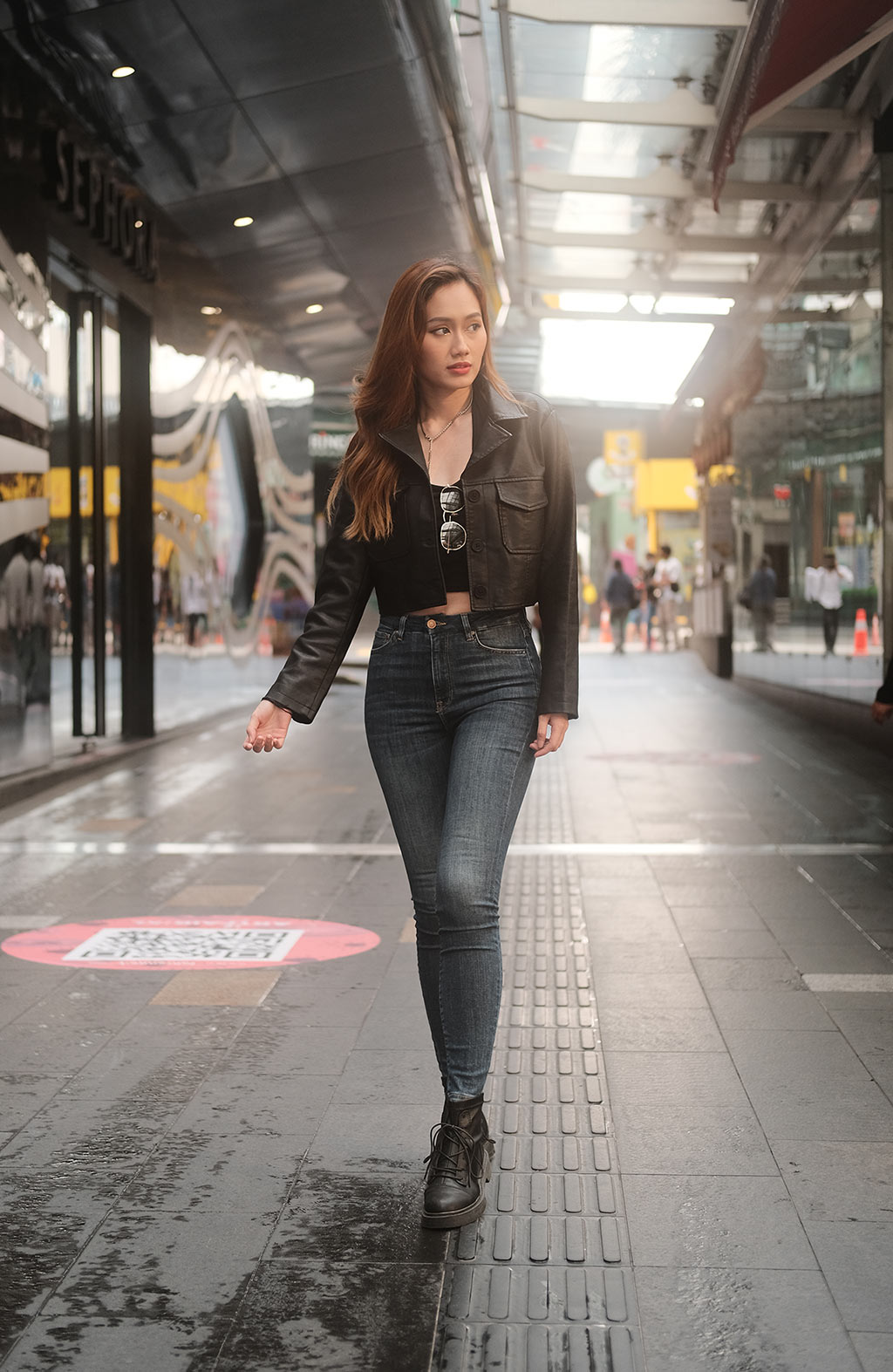 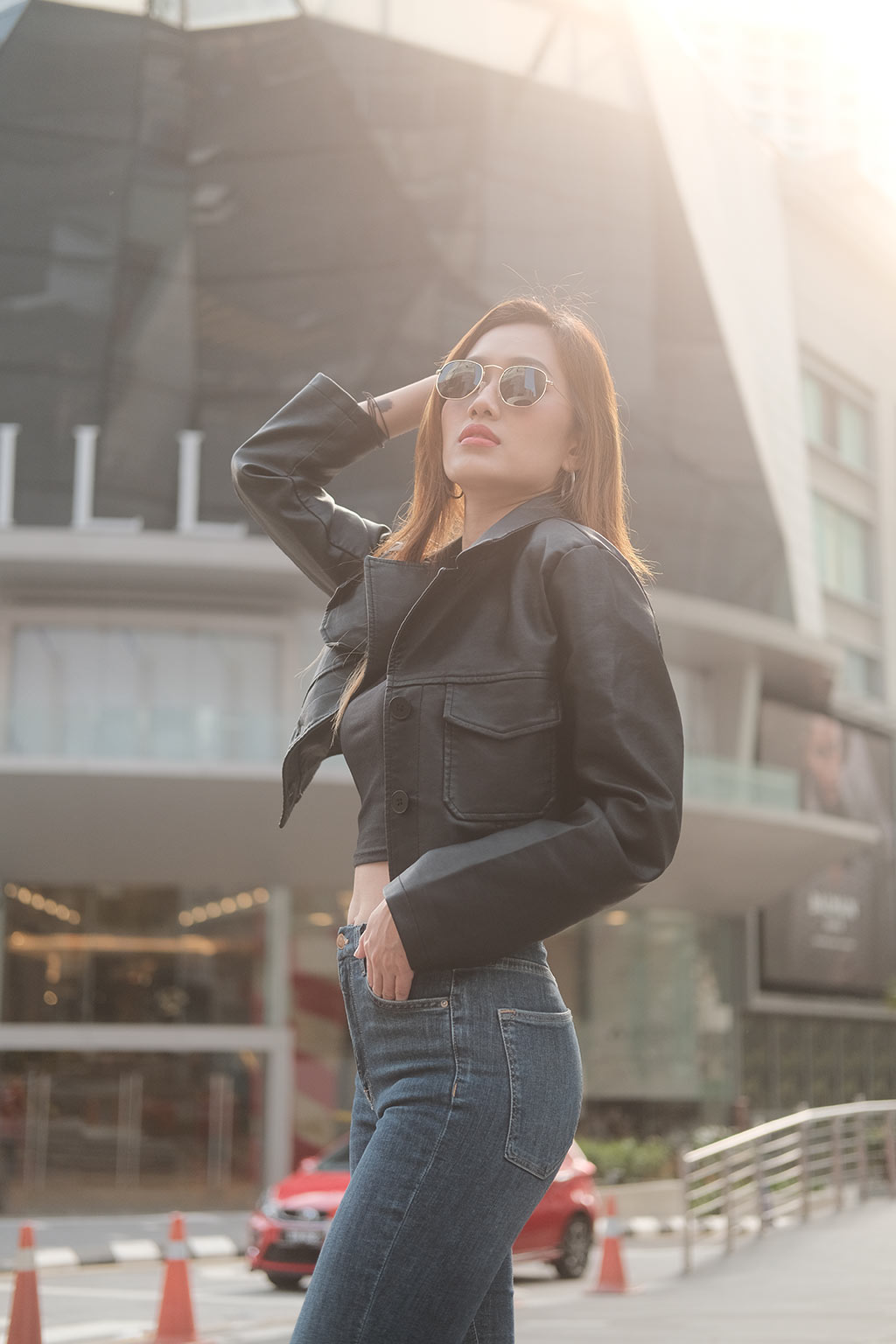 What Camera Gear I Need for this Recipe?

Now comes the magical part on how to create these cinematic bloom effects. All you need is a high-density diffusion filter. Check out my diffusion filter guide if you want to know more about the products.

I am using the Moment Cinebloom diffusion filter with 20% density to diffuse the highlights and lower the contrast on the high contrast settings which I’ve mentioned above. Sound weird, but it will create a really nice cinematic bloom.

I really love the Cinebloom filter than the K&F diffusion filter. There is a huge difference between the two brands when it comes to quality.

All you need to do is to be creative and find a good shooting spot with good lighting in the city. The most suitable time to shoot in order to create these cinematic bloom effects is during the golden hours either in the early morning, sunset or even at night!

You can learn more about shooting portraits during golden hours in my outdoor portrait guide.

Well, let’s hope the Fujifilm film recipes fanboys and portrait photographers out there will like this new ‘Downtown Bloom’ street portrait recipe. Feel free to share this post with your friends if you like this custom recipe. 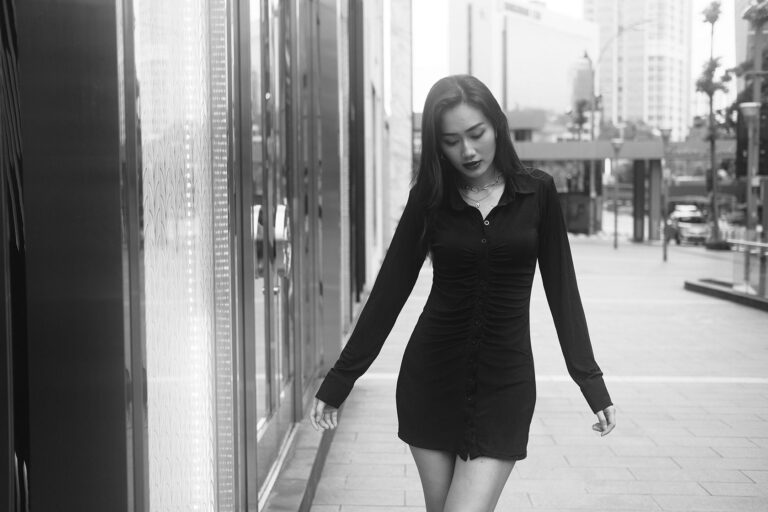