Recently there are quite a few good English songs performed by some of the popular singers in Thailand. Here are some of my favorite Thai singers singing in English. I felt that Thai songs are quite relaxing to listen to whether it is Pop, R&B, or Thai Rock music, it’s a very unique kind of music.

Here I have a list of the English songs by Thai singers I’d listen to daily in 2020. I have been listening to Violette Wautier songs for quite a while and her Thai songs are nice too.

Peck Palitchoke is also known as one of the top Thai singers has released his new single titled ‘Get To Know You’, one of the latest songs featured in ‘A Little Thing’ EP. Do check out his music videos below.

Peck Palitchoke – Get To Know You

Recently Violette has released her new English electro-pop album titled ‘Glitter & Smoke‘ featuring a few good songs that I can’t get it out of my head. Listen to the energetic live performance by Violette Wautier including the popular ‘I’d Do It Again’, ‘Cool’, and ‘All That I Can Do’. The song ‘Cool’ really gets me on goosebumps because it sounds so dreamy.

You can find all of the songs featured in my Top Thai Songs 2020 playlist currently gaining Spotify followers. 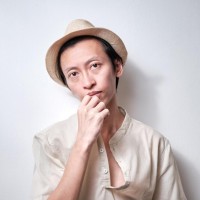 Ivan Cheam
A web developer by day and blogger by night at IvanYoLo. He love photography, listening to music, movies, feeding his betta pet, travel and blogging. Feel free to follow me on Facebook and Instagram.